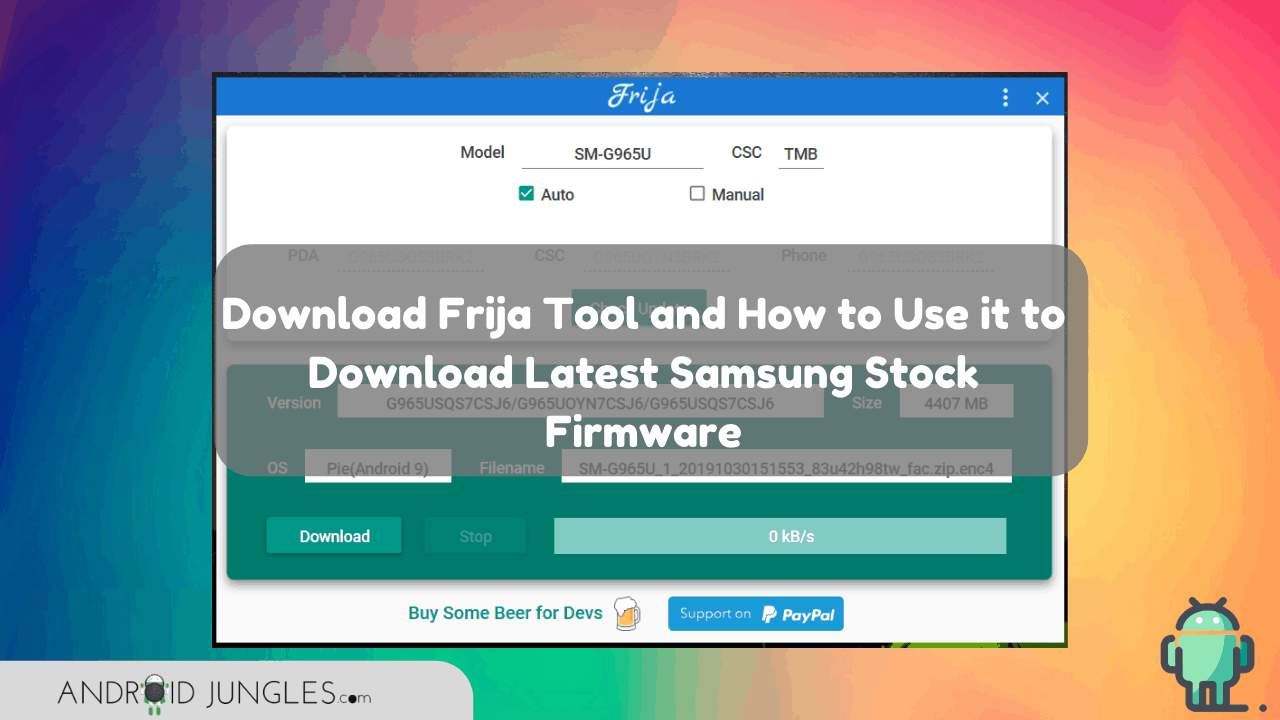 If you are looking for an alternative to the SamFirm tool that could offer better User Interface, comes with Night Mode, can resume/pause downloads, then my friend, you have arrived at the most appropriate place. In this article, we are sharing with you all the links to Download and use Frija Tool to download the latest Samsung Stock Firmware. So what are you still waiting for, here you go –

What is Frija Tool?

A Frija Tool is a portable software used for the purpose of downloading firmware on Windows PC. This tool basically enables users to check if there is and download, if available, the latest Stock firmware for a particular Samsung Galaxy device according to its Model number and CSC code.

Frija tool comes with an intuitive UI and also follows the Google Material Design. It also includes the very famous – Dark Mode, making it more reliable among the users. It comes with an in-built updater to let users update it when the update is available from the tool itself.

This tool was developed by XDA Senior Member, wssyncmldm along with other members – CrazyApe and eragon5779. Frija is considered to be the wife of Odin, as per the Norse Mythology, as it checks and downloads if any Stock firmware file is available for a Samsung Galaxy device and then this downloaded file can be flashed using the Odin tool. It is also considered to be the genuine successor of the SamFirm Tool.

Here are the links of all the versions of Frija tool for you to download. Just note that the latest Frija Tool version might be detected as a virus by the Antivirus Software of your Windows Defender but do not worry about that since it is assured by the Developer itself that this would be a false response.

Since Frija is a mobile tool, you do not have to install it on your PC. All you have to do is download the latest version of this tool and then extract the downloaded zip file and then follow the steps given in the guide below. 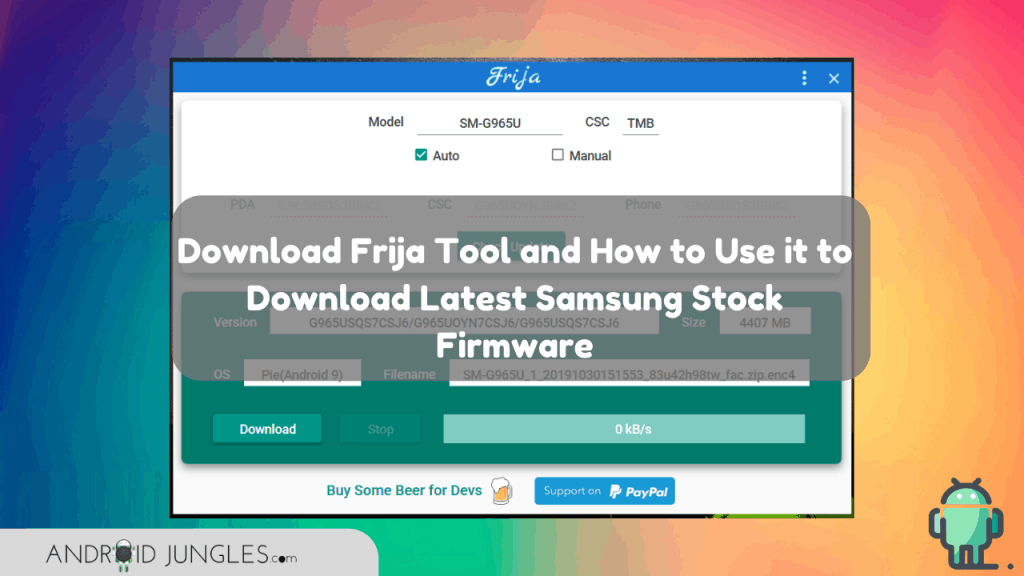 Just note that this Firmware file from the Samsung server is originally Encrypted but it will automatically decrypt and will be saved where you choose it to. Once you have downloaded the Samsung Stock firmware file using Frija Tool on your PC, you can then boot your Samsung Galaxy device into Download/ Odin mode and then connect it to the PC and Flash this firmware on your Galaxy device using the Odin Tool.

I hope that you have found the article of use. And I assume you have successfully downloaded and used Frija Tool to download the latest Samsung Stock firmware on your Samsung Galaxy device. For any doubts, feel free to ask us below.