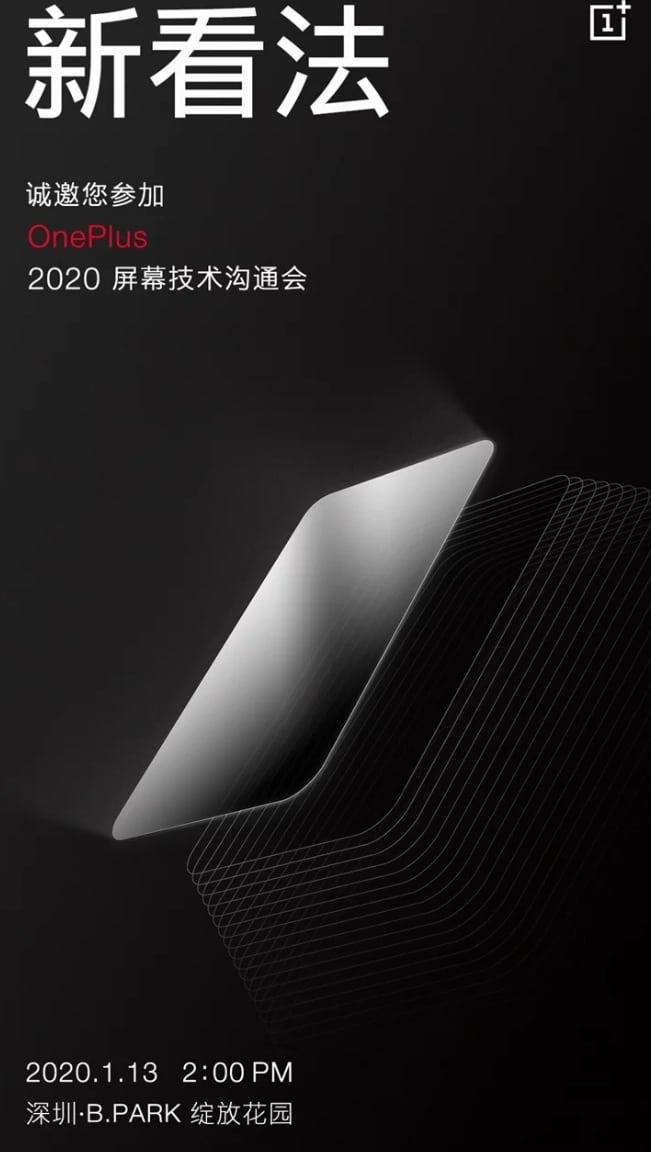 OnePlus is one of the most prominent Smartphone brands from China. As we had reported earlier, the OnePlus 2020 Screen Technology Communication Meeting was to take place on 13 January. This meeting did take place today in the home country of OnePlus at Shenzen.

Recently OnePlus had to face severe criticism with regards to the Screen technology. Finally it looks like the Chinese tech giant is back with a massive reply to the critics by bringing in some of the best screen specifications for its upcoming flagship.

As the main motive of this meeting was, OnePlus revealed its developments in Screen technology along with unveiling of some key specifications of the upcoming flagships. It also announced the completion of the 120 Hz display.

OnePlus 8 to feature 2K OLED display with a refresh rate of 120Hz and a screen sampling rate of 240Hz.

As the conference meeting revolved around screen technology and as was expected, a few screen display revelations of the latest upcoming flagship of OnePlus- OnePlus 8 was seen.

Generally OnePlus has taken the Screen Meeting very seriously by releasing some of the Smartphone world’s top most features like a 2K OLED display with a refresh rate of 120Hz and a screen sampling rate of 240Hz which is the highest in the Smartphone world.

In addition to this, it was also highlighted that the new screen of OnePlus will have the highest color reproduction standard of JNCD <0.8, which has now beaten the iPhone 11 Pro Max‘s JNCD <0.9.

With all of the above, what’s cherry on the cake is some unique optimizations made to the 120Hz display. This enhancements have in a nutshell made the device more smooth, accurate and comfortable to use.

The screen will be getting a Smooth Chain Optimization with MEMC Independent Chip. It will have a refresh rate up to 120Hz and 240Hz screen sampling rate. The JNCD <0.8 and Color calibration of smartphones being manufactured. There’s an automatic brightness adjustment to 2096 levels with Color display effect at 10 bit.

OnePlus 8 Pro is expected to be powered by Qualcomm’s flagship SoC – Snapdragon 865. It might have 12GB of RAM and come with Android 10 out of the box. Not much specifications of the device are available yet. But certainly a screen like that will be amazing to work with.

Let us know your views on the same!

Stay tuned for more such updates!